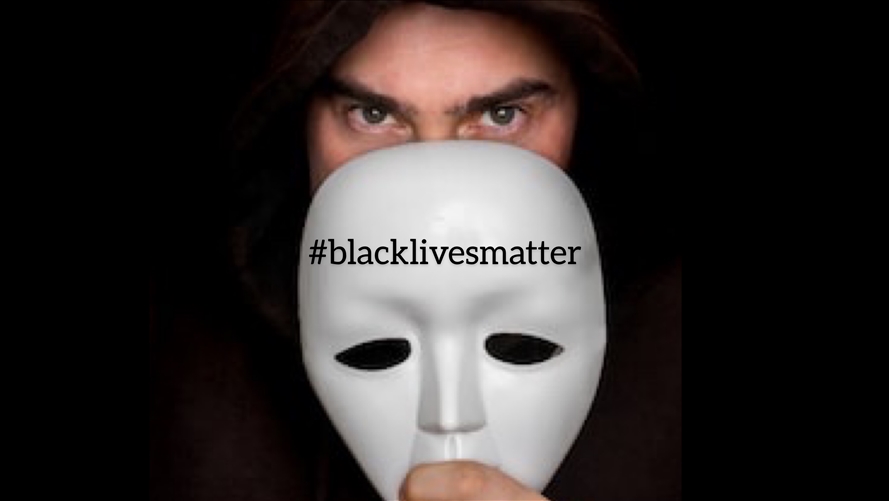 The Revisionist Impact of #Blacklivesmatter on White Identity


Allow me to share my childhood  experiences with you as a 10 year old West African . Specifically my perspectives of the white man. The moments, experiences and encounters that colored those views. I was privileged to attend elite schools. Blessed with parents who allowed me to see and question the world. My Dad was a very devout catholic, may his soul rest in peace. He had an insatiable appetite for world news and always carried around this tiny radio glued against his ear. He voraciously listened to the BBC news and Voice of America. By extension I occasionally eavesdropped as well. It turns out these radio stations were propaganda outlets but let's not digress.

The catholic boarding school I attended was run by Marist Brothers from the UK - educators par excellence. They, including some priests at some of our churches were White Men. So were the leaders of most major corporations, hospitals, banks and charitable organizations. The U.S and European countries often went to war but typically they fought for morality and high ideals. Or so it seemed in my mind. They ushered in the U.N to help and on a more personal level offered scholarships to the brightest students.

When I say, white savior, this was a tangible concept to me born of personal experiences. Slavery, colonialism, post colonialism and everything else including economic exploitation were anachronistic. The history books also told favorable stories. The white man killed Hitler and ended the holocaust.  They granted African countries "independence" and were around to help build a better future. America was more than a country, it was an aspirational ideal and the complete opposite of South Africa which was a blight infested by racism and apartheid.

Where I was when Nelson Mandela was released from Prison in 1990 remains seared in my memory. As kids at a boarding school we cried together and celebrated. Madiba was a symbol of defiance against everything that was wrong about South Africa. We had watched in horror and disgust as white South Africa unleashed dogs, water cannons, police beatings and murdered black students like ourselves. We had cried through song and resisted for South Africa through dance. We begged for America to help and aspired for black South Africans to rise like Israel. I honestly thought Mandela was weak for all his "peace talk". I thought "justice" was the better choice but history has shown him to be a better man than me.

So, while South Africa rose from Apartheid I mentally kept the South African white man and the American/ European white man in different mindscapes. I did not look at both of them similarly because the former was directly tied to my version of slavery, discrimination and brutality. At this point in my life being black was not something I noticed.

Fast forward a decade. I relocated  to the United States and was  quickly greeted by media portrayals that normalized the depiction of the African American as a criminal. While I initially thought this person to be different from me, it did not take long for me to realize I was certifiably black and a minority. Two concepts that I hitherto had never felt.

While these concepts of being black in America were forming in my mind I failed to grasp that I was already inserted into layers of " minority-ness". I was an African first, who in the eyes of many was primitive. Then I was a hyphenated African American who as we now know, has not been seen, heard or loved in America. I would like to move to my next point, but to my African American brothers I want to add that the Black experience is global even though in many parts of the world a Black American is the "flyest" thing you could be.

Flash back to my 10-year-old self in West Africa.  My perception of the White South African was informed by apartheid and everything I saw on TV. It occurs to me what is happening in America today would have fundamentally revised my view of America. The history that was never told and the racial issues hidden behind the propaganda that America exports. After George Floyd's death at the hands of the police it occurs to me that the protests in Kenya, Liberia, Nigeria or South Africa would have been me. While I don't go around wondering if every White South African is from the apartheid era I can't honestly say that those scars are healed. Would I have had different compartments in my mind for the White South African versus the White American/European? Would I have realized that I was Black much earlier? What would that have done to me? Would I have been "WOKE" a lot earlier?

In We Were Eight Years in Power Ta-Nehisi Coates says all people hunger for a noble, unsullied past. He says that as sure as the black nationalist dreams of a sublime Africa before the white man's corruption, so did Thomas Jefferson dream of an idyllic Britain before the Normans. He opines that while we all dream of some other time when things were so simple the truth is that the present is very knotty. He says those who retreat into fairy tales and seek refuge in the mad pursuit to be made great again in the image of greatness that never was, is tragedy.

I am not inherently, therefore, going to allow myself the fairy tale of dreaming that the "establishment" sees the #Blacklivesmatter movement as something that is good for business. The status quo has worked out well for them and the opportunity cost of change exists. What the establishment cannot reverse is the unveiling of the revisionist narrative with intentional omissions that America has sold to the world as its history. The Aborigine, the Native American and the Black person now understand there is connective tissue in their stories. This is not a fight of the oppressed it is a human fight. It is very ironic, therefore, that Iran and China in the year 2020 have issued press releases asking for America to do better with human rights.

While I am a bit disillusioned with my 10 year old self there is a silver lining to all of this. The veil has been lifted and the 10 year olds of today, white or black, are "WOKE". The world is flatter for them and they see the world through the eyes of many on social media and through online searches. They see the widening gaps in wealth, education, health care and life opportunities. They see their problems as shared and because they don't buy the fallacy of self determination they perceive their problems as personal and urgent.  They protest together, lay online video games together and when they lift off from their online worlds they require speed so they can creep back to their universes.They are not burdened by the scars of their parents and could care less. There will be a future and I hope for today's 10 year old that humanity in all facets is more important than greed and race.